The State of Transit Leadership: The Need to Address Social Equity

In matters of truth and justice, there is no difference between large and small problems, for issues concerning the treatment of people are all the same.

Shout out to an old colleague Mikel Oglesby who previous was Sunline Transit’s CEO and where I attended my one and only State of Transit address several years ago.

As a kid who resided in Lawrence Heights in social housing and in a co-op , transit was a8 way of life. My parents never owned a car. Nevertheless, I was enamoured by the whole experience. The bus drivers on the Ranee 109 or Lawrence 52 were my friends, even though I never knew their names.

I looked forward to every TTC map release and would ask the collector manning the booth for a copy. Sometimes multiple times if there weren’t any copies. I always viewed the TTC as an organization I wanted to work for.

I never viewed public transit as a status symbol and always played down the terms choice rider or captive rider.

Transit, to me was about a career with ties to community building and social equity. So when I saw TTC’s recent campaign wrapped in messaging, it was the wrong tone to send to their customers.

John Lorinc’s Spacing article “Just Who is the Face of the TTC These Days?” highlighted the leadership vacuum that exists. There is clearly a stark difference between Andy Byford, who recently resigned as New York City’s Transit President after a two-year stint, and the current TTC CEO Rick Leary. Case in point, as Lorinc mentions, Leary was incognito after the second subway derailment this year. In addition, .

Transit providers should treat all individuals with dignity and respect, one of the key points noted in a 2018 APTA leadership presentation on social responsibility. There is also strategic and technical leadership. For example, while transit service standards have evolved over time, including King County where they include social equity measures, Canadian transit agencies do not incorporate them service standards.

The state of transit leadership thus far in 2020 is bleak at best. Andy Byford was a prime example of one who went out of his way to be publicly present and defend transit during some their trying times. The City and region is devoid of leadership and willingness to take risks.

It can only get better from here. 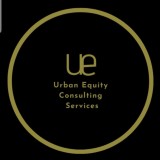